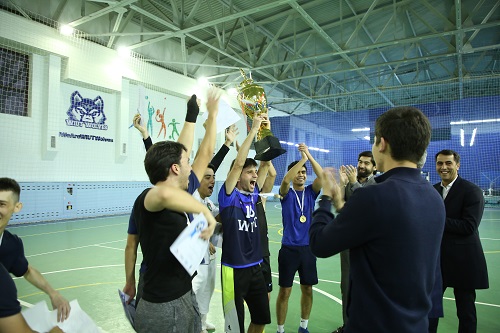 WIUT held the final games of its annual Football Cup! From the 26th September to the 9th November, 54 WIUT football teams competed for the first place and the title of “WIUT Champions”. The event, which attracted the attention of all students, gathered many fans at the WIUT Sport Center.

The final ceremony was attended by the special guest, Ravshan Irmatov, an international referee and Vice President of the Football Federation, who congratulated the finalists and awarded them with medals.

Published in WIUT News
More in this category: « Graduation Ceremony 2022 WIUT supports the “Yashil Makon” »
back to top