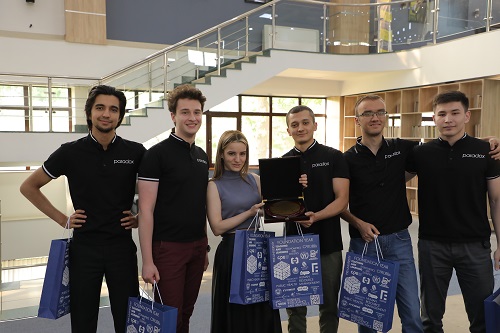 On April 23, Westminster International University in Tashkent held the grand final of Zakovat Student League (RU-league). For a couple of months, more than 250 young people from 40 teams competed to reach this stage.

The final game consisted of 3 Rounds and 36 questions and 21 teams took part. The final of the tournament was attended by PR Director of Zakovat, journalist, blogger and musician Nikita Makarenko.

The “Paradox” team with members from various universities won the tournament. The team included a WIUT student, Beksultan Baltaboev, who for many years has been participating in the intellectual club Zakovat.

The team “Fifth Column” which comprised exclusively WIUT students came second. The bronze medal went to the “Cyclone” team, which consisted of young people from the city of Navoi. 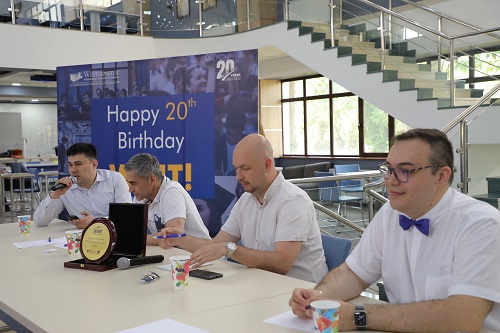 WIUT demonstrates high results in intellectual games. Interest in such games has been growing at the University in the last 10 years because traditionally there are many similar initiatives among students and staff.

Published in WIUT News
More in this category: « Train the Trainer Information Session for parents »
back to top