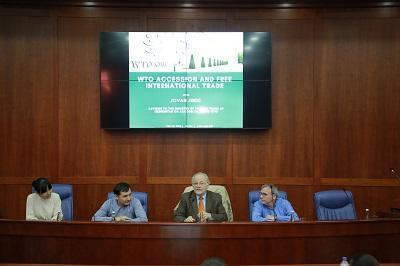 WIUT had a pleasure of hosting a session with Mr Jovan Jekic, Current Advisor to the Minister of Foreign Trade of Uzbekistan on WTO Accession, on the framework of Sustainable Development and Globalization. For the past 15 years, he has worked on donor-funded projects covering areas such as the World Trade Organization (WTO) accession, business environment improvement, trade facilitation and related institutional capacity building. Mr Jekic has worked extensively in Central Asia on economic development and trade projects. He is a senior attorney with over 35 years of experience in international commercial law, intellectual property, customs rules and procedures, the business regulatory environment, trade, and investment policies.